First floor MAISONETTE (approx. 210sqm) set on three floors and spreads on two roads. Accommodation comprises of at first floor kitchen, living and dining area, main bathroom, three bedrooms, two front balconies and two back balconies. At second floor one finds main bedroom with shower, two spare bedrooms both with a front balcony and main shower room. At third floor one enjoys two large terraces with fantastic views of Mellieha Parish and distant sea views. This property is ideal as a rental investment for short lets or could be split into an apartment at first floor level and a duplex penthouse. Viewings highly recommended. Freehold 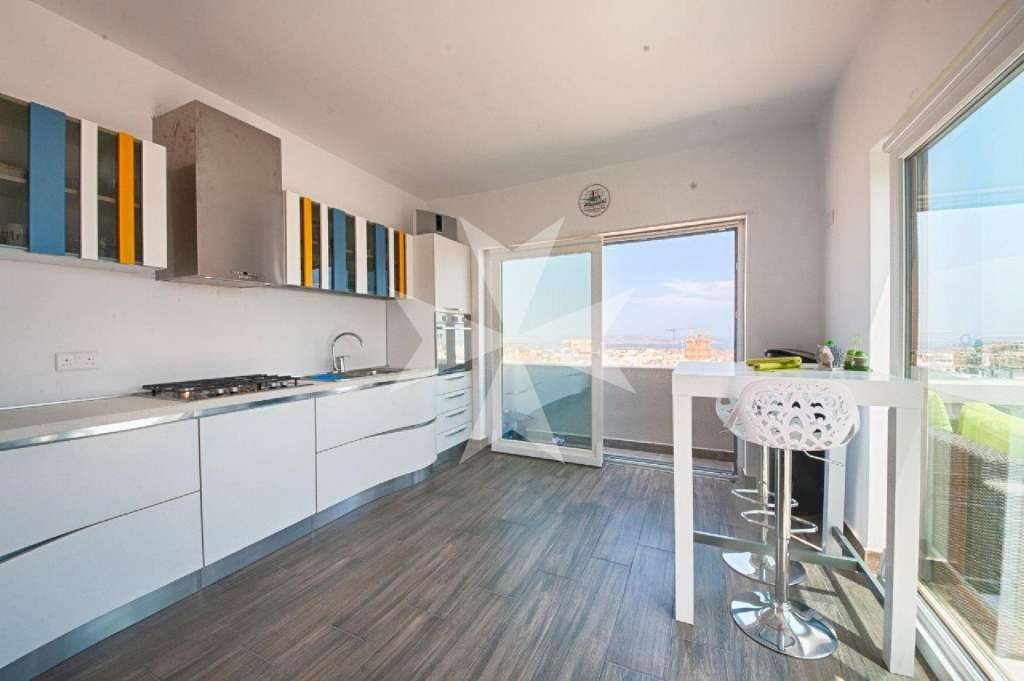 Mellieha is a large village in the northwestern part of Malta. It is a popular tourist destination during the summer months. Mellieha as a village developed under British colonization after the British encouraged people to settle in the area by giving leases to the population. For two centuries previously, the area was abandoned due to fear from attacks of corsairs and Saracens. Before that, only a few villagers lived in the area. After the British encouraged Maltese to settle in Mellieha, the village flourished. Nowadays, the village includes a large number of villas much favored by foreign nationals seeking to be close to the sea. Mellieha boasts some of the largest and most beautiful bays in Malta, the most popular of which are Mellieha Bay and Armier Bay, Ramla Bay, Paradise Bay, Mgiebah Bay, Mistra Bay and Golden Bay.

Read more on this property: