SOLE AGENTS – Very well presented and spacious second floor APARTMENT forming part of a small block served with lift. Layout in the form of open plan kitchen, living and dining room, two bedrooms, guest bathroom and a private washroom leading onto a lovely roof terrace enjoying unobstructed town and sea views. Further complimenting this lovely property is a one car space which is included in the price. Freehold. 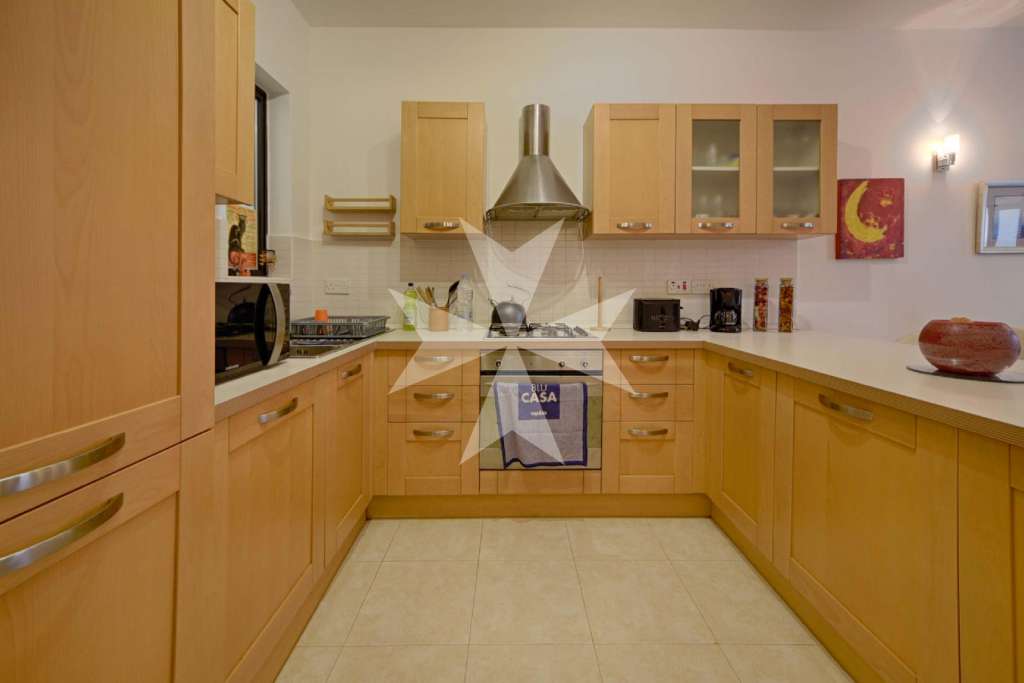 Mellieha is a large village in the northwestern part of Malta. It is a popular tourist destination during the summer months. Mellieha as a village developed under British colonization after the British encouraged people to settle in the area by giving leases to the population. For two centuries previously, the area was abandoned due to fear from attacks of corsairs and Saracens. Before that, only a few villagers lived in the area. After the British encouraged Maltese to settle in Mellieha, the village flourished. Nowadays, the village includes a large number of villas much favored by foreign nationals seeking to be close to the sea. Mellieha boasts some of the largest and most beautiful bays in Malta, the most popular of which are Mellieha Bay and Armier Bay, Ramla Bay, Paradise Bay, Mgiebah Bay, Mistra Bay and Golden Bay.