As a member of the European Union, Malta is a party to the world’s largest free trade area known as the Single Market. It is an ideal island to trade from, as Malta’s structures encourage foreign direct investment through sound financial administration, the booming gaming industry as well as its legal system. 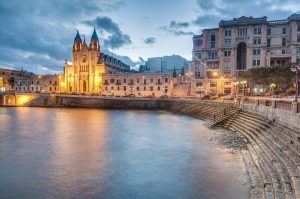 Malta is wanting to reflect it’s flexible approach by revoking a number of amendments of its previous restrictions towards third country nationals interested in investment and commerce using Malta as a platform and gateway from which to operate.The changes now enable the applicant and his/her dependants to obtain and retain their residence permits in Malta in a more simplified and appealing manner.

Other benefits arising from the programme include, free movement within the Schengen area, eligibility to apply for a work permit, tax benefits and eventual naturalisation as a Maltese citizen after a prescribed period of residency and following certain conditions.

While the Malta Residence and Visa Programme has an already established success, there is no doubt that the recent amendments will make this Programme even more successful than it was before, allowing third country nationals to reside, settle and stay in Malta indefinitely more easily, while at the same time enjoying a vast range of benefits including amongst others visa-free travel within the Schengen area, safety and a Mediterranean quality of life.

More information on all the Residency and Citizenship Schemes.